In the May issue of the magazine VIVA! known Ukrainian singer Ivan Dorn has appeared on the cover in a jacket IDOL. of the project NEXT STEP, which was presented in the framework of 36 Ukrainian Fashion Week in Mystetskom Arsenal 20 March 2015.

White paper jackets IDOL. served for four well-known Ukrainian artists: Serge Payet, Deyak Michael, Victor and Vyacheslav Deysun Raspberry canvas for their work. Each of them has used his unique technique to display their work on the jackets.

Jacket was created in a creative collaboration with the famous Ukrainian artist Mikhail Deyakom. 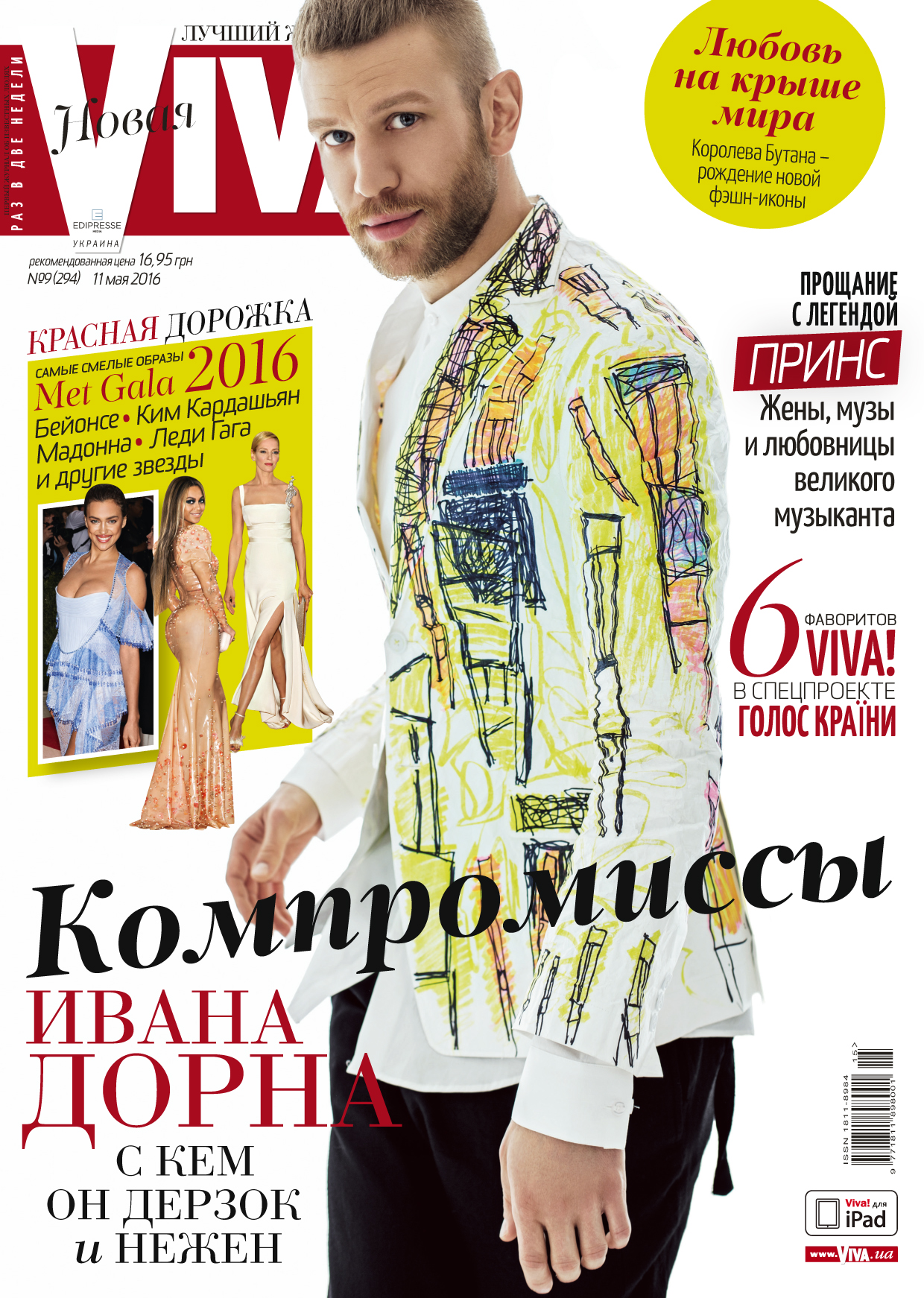