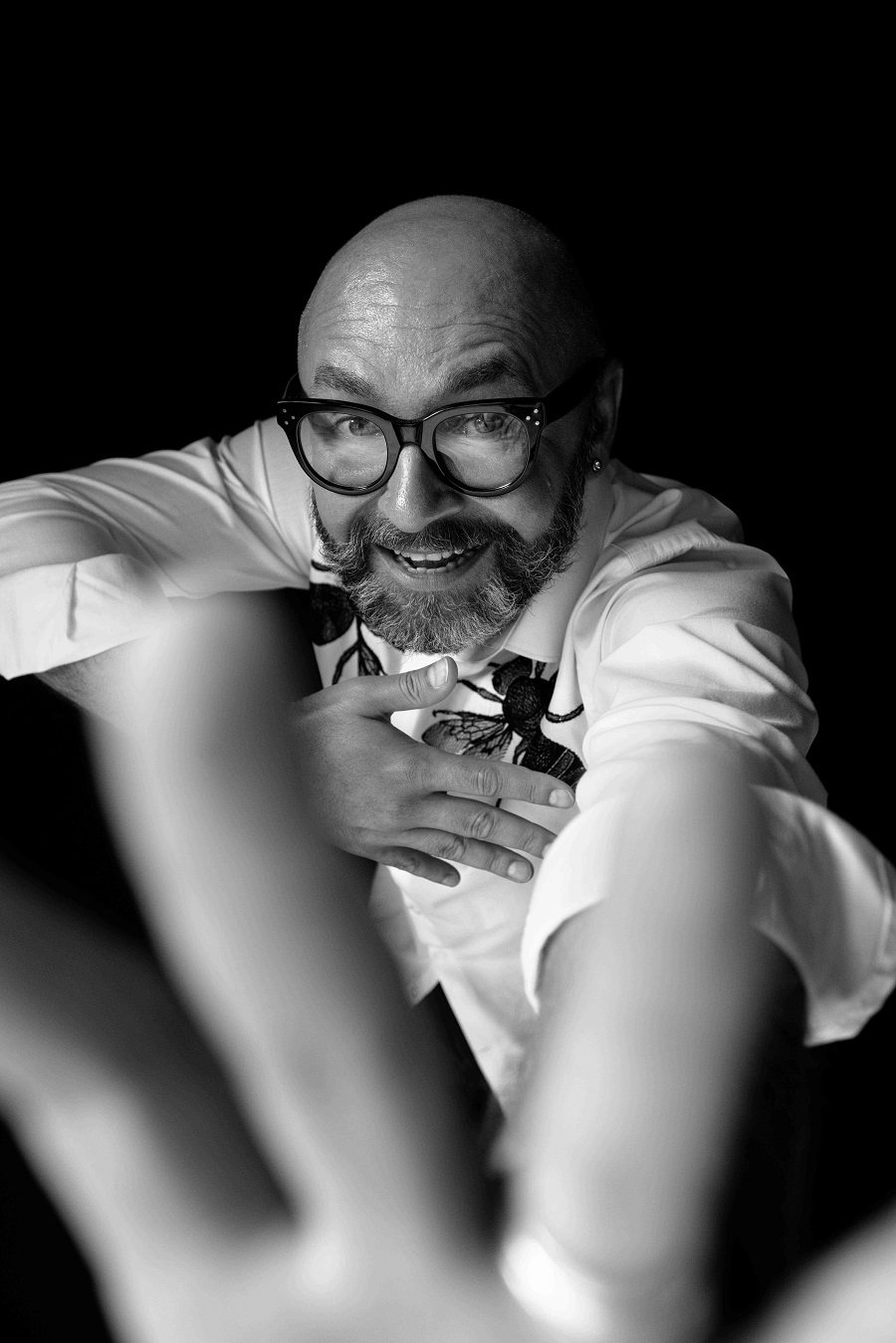 The designer told ELLE why for a brand people are more important than money, than men’s fashion differs from women’s fashion and why a perfectly fitted jacket is the pinnacle of the tailor’s skill.

In Ukraine, until recently, it was not taken much to seriously talk about men’s fashion. The number of designers who ventured to devote themselves to this field is still critically low. Our hero – Serge Smolin – one of them. Work in France, cooperation with the best Italian masters and a thorough knowledge of the production process give him an invaluable privilege to create what today is proudly characterized by the term “Bespoke costume”. But behind any success story there are always incredible work and painstaking ascent to your goal. And of course, an example to follow.

In the wild
Comparing the fashion of Eastern and Western Europe is a thankless task. Look at the Italians: men are bright enough, emotional, women are more elegant and restrained in clothes, I would say. French women prefer black, white and gray, but what content! We can say they control all men! Those, in turn, dress quite loudly and motley, and often they are henpecked. The Slavs are completely different, upside down: women are always much brighter than men. It happened historically. In Russia, for example, there was no male fashion for a long time: ladies always shone at balls in impossibly luxurious toilets, and the male half were in military uniforms. We can say that in the USSR, men’s fashion moved off the ground somewhere in the 70s. The first to design the right men’s suit in the Soviet and post-Soviet space was, in my opinion, Mikhail Voronin. But the decisive stage of our fashion history is still the 90s, when the classic suit was replaced by a sporty one with gold chains and crimson jackets. Men finally wanted to stand out.

Jackets at the stadium
In the early 90s I was a student at the Academy of Light Industry.

“There was little money, a lot of crimson fabric, and I thought: it is necessary to sew crimson jackets.”

Shil them and, thanks to it, probably, quite well kept afloat at that time. I think that Ganni Versace himself played an important role in the development of the fashion for crimson jackets, which had a lot of bright men’s clothes in its collections. I think this phenomenon was born from the imitation of his style.

Carier start
Of course, first of all, this is Olga Simonov Fashion House. And then a year of work with a French company that was engaged in mass production. And after couture, I understood how the fashion business system with its entire hierarchy functions in Europe. Got acquainted with the other side of the industry. I remember that at the beginning of my career I had thought about my brand, but I understood that before that I should be enriched with knowledge. In my warehouse, I am very inquisitive, and I was interested in absolutely everything: women’s dress, women’s costume, couture, mass production, and wrong side of the industry. 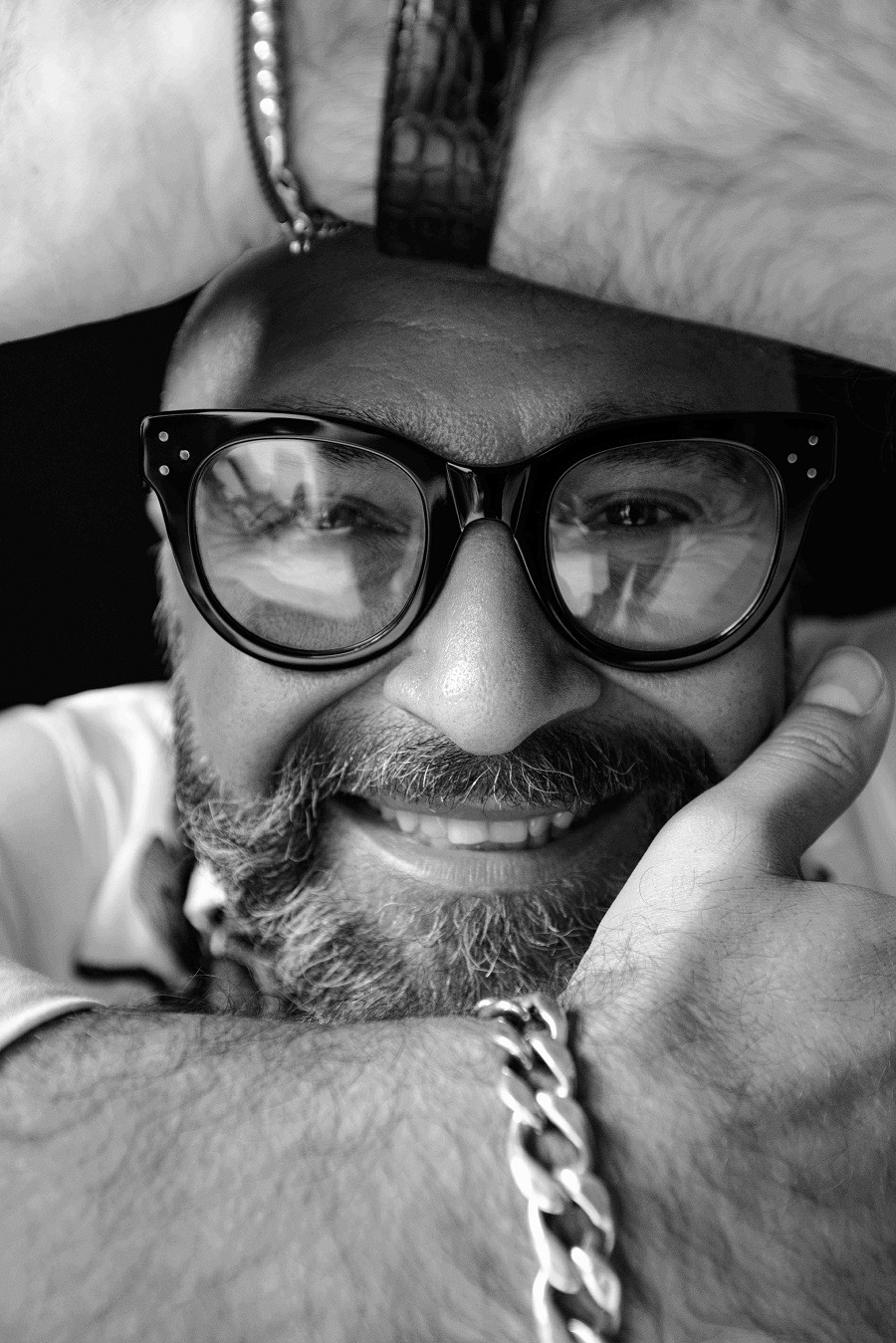 First suit
In 1997, for the first time, I disassembled the right suit, which was sewn by hand, without adhesive components – this is when duplicate materials are glued directly to the fabric, which keep their shape. So they did in the Union. At the end of the 90s, I saw in Rome older tailors hand sew costumes without it.

“For the first time I looked from the inside how such jackets were created – and for me it was a revelation! There’s probably no more laborious and beautiful process in a tailor’s business.”

To put a jacket on a figure is much more difficult than to sew a dress. And then I said to myself: “Smolin, you will be engaged only in men’s clothes!”

First business
In 2002, my friend Vika Stelmashova and I opened our studio and worked together for three years. I was engaged in the male line, Vika – female. I thought more and more about the fact that I wanted to create my own men’s brand. Once a client approached me who liked my costumes, and before that he ordered them from Brioni. He came to the fitting room and said: “Listen, you work better than the Italians!” – and makes me a business proposal – agrees to act as an investor. So I became a creative director, and the managing manager on his part was always there. Therefore, I was engaged only in creative work, not in accounting and organizational matters.

Birth IDoL
When the question of registration came up, I did not want to hurry with the name. Because I knew: if the situation is rape, nothing good will come of it. It must itself at the right time, in the right place – once! – and appear. So the name Idol came to me. I wanted to make all the letters large, and only about – small. In 2013, after rebranding, a red dot appeared at the end of the word. In 2007, we showed the first collection at the Ukrainian Fashion Week, then the second, third … The third collection, Hero, hit everyone. These were suits with white hats, the models were walking along a green lawn, and trees were growing right and left right on the catwalk.

“I consider myself only a male designer. I have long since moved away from chiffon, guipure and similar fabrics, sometimes I take them in hand and I understand: I know what to make of them, but I don’t want to!”

About muses and aspirations

I can talk endlessly about how important the role of the muse is in the life of a designer. I do not want to say platitudes. Just happy that in my life they are. I am familiar with Katya Kulik (director of the Kiev Prada boutique – Approx. Ed.) For almost my entire creative life. We met as students. Since then, we have a strong relationship. I am inspired by how Katya builds her communication with clients, how subtly she understands styling issues, and how skillfully she copes with the duties of the head of a large boutique. For acquaintance with Natalie Listopad (director of the Kiev Cartier boutique – Editor’s note) is also grateful to fate. I remember how, before the presentation of the Glow collection in the Cartier boutique, Natasha said: “Serge, I have to dress the whole team very stylishly for the opening.” In the Glow collection there is men’s charisma, severity, but it appears on gentle hands and necks. And what could be more touching, beautiful, graceful on a female body than a men’s suit? Natalie liked this idea. The whole team we sewed black tuxedos, Natalie – white. It was in this tuxedo she received the ELLE Style Awards in the nomination “Secular character”. I really like Natalie Listopad. Any brand has corporate rules: what can be worn to personnel, and what should not. It breaks the patterns, masterly outperforms all the “cons”, turning them into “for” – and the brand appears brighter, more emotional and stronger. And who knows, maybe very soon because of this, the line of IDOL women’s tuxedos will see the light.

And yes, they are both my muses. In the most direct and true understanding of this word!
Personal approach
You can understand the designers who focus on the international market. But in other countries you usually sell ready-made clothes.

“I am a perfectionist. I must always be sure that the client will get the perfect suit.”

And this is only possible through personal contact. I do care, will love my thing or not. I do not aspire to earn all millions. Why waste your health, nerves for money? I have to live, enjoy work, creativity, communication with a client. I do not sell clothes. I sell emotion and style. For me, this argument in the work is extremely important. And, of course, I am grateful to the people who, together with me, embody the creative component in life. First of all, my art director Serge Paye. When we are asked about how roles are distributed in our creative tandem, the answer is extremely simple. Serge is responsible for the idea and its visualization. But the filling of the collection is already my monopoly.

Brand face
It happens, I watch collections at Ukrainian Fashion Week and I don’t understand who the author is. That’s real, sometimes for the podium embodies the accumulated hits of one season. But where is the identification? Where is the brand’s DNA? This is the worst of all. When you look at the Dior collection, you clearly understand: this is Dior; watch Valentino – and unmistakably you define it as Valentino. 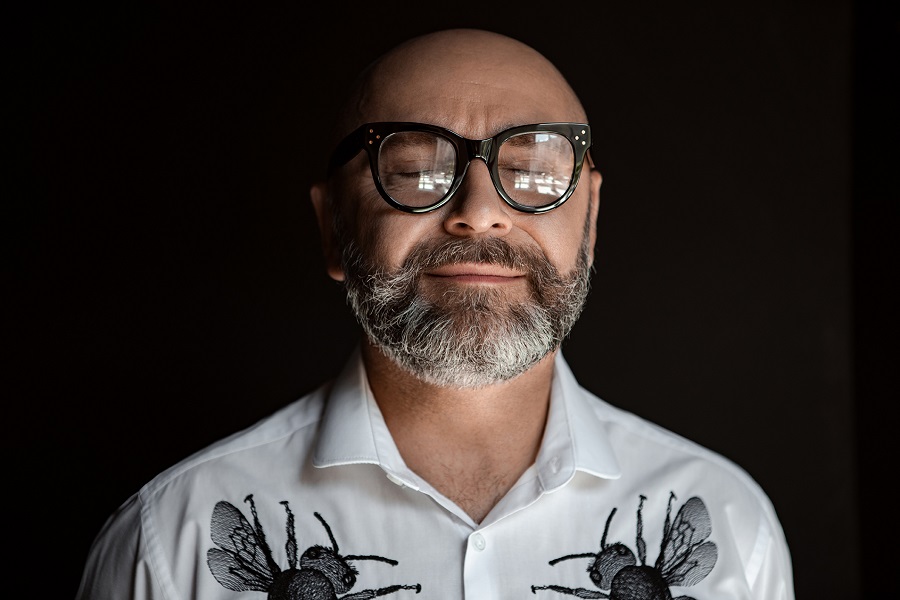 Spark from art
Do you know how the idea of the “Juan Juan Juan” collection was born? (Fall-winter 2013–2014, woolen overalls, woolen robes and coats were presented. – Ed. Note) I was inspired by the Juan Miro Museum in Barcelona, his works and personal photos of both Miro himself and Dali, and the entire company, with which they communicated. I like the pictures in museums, where you can see what the artists were wearing, their environment, what objects they used. Such cadres inspire because it is life.

“Art is the cover, and inside is life and the people who lived it.”

The Juan Juan Juan collection was inspired by the way artists and sculptors of the time approached their work. They put on a white shirt and a butterfly in the workshop, and a dressing gown on top, that is, they went to work as a holiday, so as not to frighten the muse away.

About self-irony
In all my collections, from the beginning to today, there is self-irony. Above a need to be able to joke, but in the right way, to convey to others subversive emotions. I know for sure that sad notes will never appear in my shows. All of them will only be happy.